Paul King was born and raised in Northeastern Wisconsin. He received his Bachelor of Arts Degree from the University of Wisconsin-Madison in 2009 and double majored in English and History. He graduated from Marquette University Law School in 2013. After law school, Paul passed the Illinois Bar Exam and practiced law in Chicago for seven years. Paul worked for a well-respected insurance defense firm in Chicago where he gained trial experience and defended first and third-party insurance claims. Paul defended cases from pre-suit through arbitration and trial and successfully secured the dismissals of several appeals to the First District Appellate Court of Illinois.

After working for the “other” side, Paul decided he wanted to represent individuals instead of insurance companies. So he put on his white hat and joined Plattner Verderame, P.C. in 2020. Paul's practice at the firm centers on representing individuals who have claims for personal injury, wrongful death, and medical malpractice. 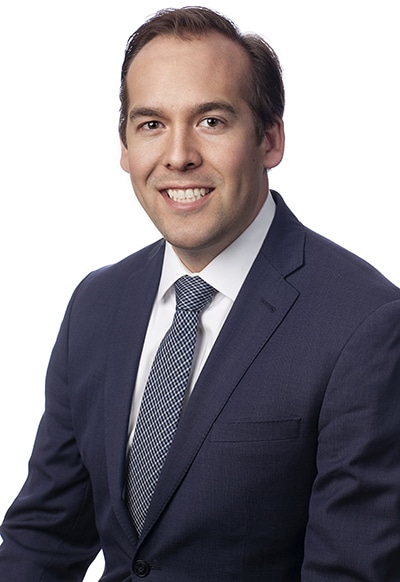 Outside of work Paul spends his time with his wife, who was born and raised in Phoenix, Arizona, and their young daughter.  He enjoys sports, reading, and cooking.