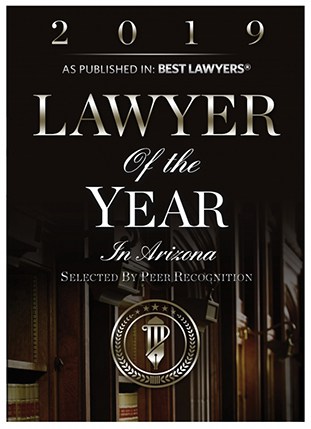 Partner Frank Verderame is a seasoned trial attorney, who has dedicated his life to helping victims of serious injuries. He is a Board Certified Specialist in Personal Injury and Wrongful Death Litigation, and has been an active part of legal communities and organizations since he started his practice, back in 1983. A lifelong motorcycle rider, Frank represents riders who have been hurt in crashes and collisions. He is also a licensed pilot (since 1989), and has handled some of the most complex aviation accident and plane crash cases in the state, including one which ended in a $10 million verdict for his clients after they were injured in a crash near the Grand Canyon.

He and partner Richard Plattner met in the 1980s, while fighting efforts by corporations and insurance companies to take away the Constitutional rights of Arizona citizens to get justice in our courts. After fighting and winning those battles together, they decided to start this law firm. Twenty-six years later, they are still fighting together to protect the rights of Arizona citizens.

In 2016, Frank was honored as Trial Lawyer of the Year by the Arizona Association of Justice. Frank is a former President of the Arizona Trial Lawyers Association, and has served on the Board of Governors for the American Association for Justice (formerly known as the Association of Trial Lawyers of America) for the past 20 years.  He lectures and conducts seminars at their conventions, and has done so for many years. Frank has also served as a Judge pro tem for the Maricopa County Superior Court and the Arizona Court of Appeals.

Frank has been on the Board of the Boys and Girls Clubs of Scottsdale and their Foundation for many years. He started doing volunteer work for the Club back in the 1980’s – everything from running events and fundraisers, to handling pro bono legal work for the organization. He even coached a kids’ basketball team there.

Frank is also an avid baseball fan, and coached little league baseball for many years He took his role as coach and mentor seriously enough to install a professional batting cage in his back yard, that he used to teach kids how to hit. As with his clients, so with his players: Frank always jumps in with both feet.

Frank is also a member of the Verde Vaqueros, an invitation-only group of men that rides horses, both for fun and for the community. They have an old cattle ranch in northern Arizona with bunkhouses, so that kids from various organizations can go with their groups to learn about an old Arizona way of life. Over the last 50 years, this esteemed group has raised more than a million dollars for Boys' and Girls' Clubs of Scottsdale.

Frank enjoys a good round of golf and “tickling the ivories,” though he admits he often doesn’t spend as much time as he’d like on either.