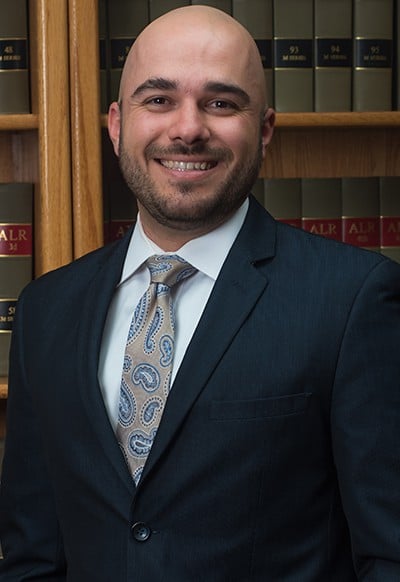 Nick Verderame was born in Phoenix.  He received his Bachelor of Arts degree from the University of Maryland in 2008, with a major in broadcast journalism and a minor in Sports, Commerce and Culture.  After working for CBS Network News and ESPN, he graduated from law school with his Juris Doctor from the University of Arizona in 2013.  After working for two of the United States’ largest law firms, Nick came to Plattner Verderame, P.C. in 2016 to represent individuals who are injured and need assistance in their pursuit of justice and just compensation. His practice focus is wrongful death, personal injury, and medical malpractice, and he has published articles on the topic of sports-related concussions for publication nationally.

Nick is a member of the State Bar of Arizona, the Arizona Trial Lawyers Association and the American Association for Justice (AAJ). He currently serves on the AAJ’s Political Action Task Force and its Oversight Committee, and on the Board of Governors for Revitalization in Arizona. He also serves on the Convention Planning Committee. Nick is the current Chair of the Arizona Association for Justice’s Learn at Lunch group, which hosts CLE presentation events throughout the state.

When Nick is not in the office or working to revitalize the legal community, you will probably find him with a whistle around his neck, coaching his son in soccer, baseball, or basketball. He also enjoys traveling with his family.