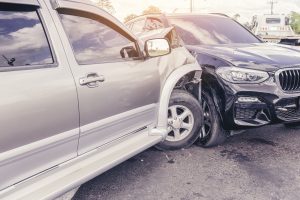 The Arizona Department of Transportation (AZDOT) recently published their annual “Motor Vehicle Crash Facts” report, with statistics for traffic accidents, injuries, and fatalities for 2020. The data reveals some illuminating information as to the types of accidents that occurred statewide, the causes of the accidents, and the consequences of those accidents.

A few key observations from the data:

For multiple vehicle crashes, the type of collision was a factor:

Other types of multi-vehicle accidents included U-turns, sideswipes (where cars were going in the opposite direction), and other causes.

There are different findings regarding safety devices (such as seat belts, car seats, and booster seats) depending on the age and status (driver or passenger) of accident victims:

Over 91,000 Arizona vehicle accidents in 2020 involved a passenger car. The data for other vehicles is as follows:

Other major categories include buses, recreational vehicles, dump trucks, and many other types of trucks and vehicles.

Fifty-five percent of the crashes involved men, and 37 percent involved women. The gender of the remaining accident cases is unknown. Nearly 70 percent of the drivers had an Arizona driver’s license. The other drivers were from out of state.

The causes of Arizona accidents

The major causes of Arizona vehicle accidents in 2020 were:

There were several other causes such as improper passing, crossing a median, aggressive driving, wrong-way driving, and running a stop sign. In 49% of all accidents, however, no “improper action” was listed.

At Plattner Verderame, P.C., we handle all types of car accident cases – whether they happen on urban roads or rural roads, daytime or nighttime, in good weather or bad weather. We represent accidents involving cars, trucks, motorcycles, and other vehicles. We represent drivers, passengers, pedestrians, and bicycle riders. If you were involved in any type of accident, call our personal injury lawyers at 602.266.2002 or fill out our contact form to schedule an appointment at our Phoenix or Tempe office.