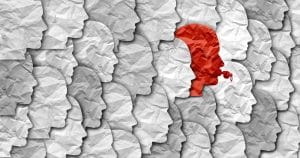 The US False Claims Act (FCA) was enacted during Abraham Lincoln’s Administration to ensure that the bills submitted to the US Department of Defense are fair and honest. The FCA has been amended many times to include bills submitted to the Centers for Medicare and Medicaid (CMS) and other federal agencies. The FCA also provides that qui tam plaintiffs/whistleblowers are entitled to a percentage of any recoveries due to their disclosures. The percentage reward provision was enacted to encourage employees and others who are aware of fraud to step up and report the fraud.

In recent years, many FCA complaints have been brought against companies that work in the pharmaceutical industry. Drug manufacturers who submit dishonest bills can be held liable for the amount of the improper recovery. They can also be held liable for statutory damages and for attorneys’ fees.

The facts of the Chicago Eli Lilly whistleblower case

According to Reuters, federal judge Harry Leinenweber has ruled that a whistleblower filed a claim through the False Claims Act, alleging that Eli Lilly had shortchanged the Medicaid Rebate program during the years 2005-2016, can move forward. Eli Lilly had filed a court motion to dismiss the whistleblower lawsuit. The judge rejected Lilly’s motion.

The whistleblower claim was filed by the plaintiff Ronald Streck. Mr. Streck is a lawyer and a pharmacist. He has extensive experience negotiating drug distribution agreements. This is not the first whistleblower claim Streck has filed. He has filed and settled other claims based on the Medicaid Rebate Program. The judge ruled that Streck had met the criteria for filing an FCA complaint when he claimed that Eli Lilly had made false statements to CMS about the prices the company charges its drug distributors.

Lilly had argued that the CMS rules on pricing were ambiguous during the time frame in question – and that CMS had only clarified the confusion in 2016. Judge Leinenweber rejected that argument. He stated that the Affordable Care Act‘s text made the position of Eli Lilly unreasonable.

The case will now proceed to a jury trial. The judge’s decision does mean that most of Lilly’s legal arguments are now irrelevant. The case will now hinge on the facts. Specifically, the jury will be asked to rule if Eli Lilly’s conduct was “intentional, material and caused a loss to the federal government and Medicaid agencies in 26 states.”

What is the CMS rebate program?

The CMS rebate program requires that drug manufacturers who want Medicaid to pay for their products “must agree to rebate part of the government insurer’s cost.” The amount of the rebate is determined by the Average Manufacturer’s Price (AMP) for each drug – the amount the drug manufacturer receives from its distributors. The rebate increases as the AMP increases.

Until 2016, Eli Lilly only reported the “initial” AMP to CMS. The company did not report any price increases that it was charging its distributors on unsold stock units. Lilly argued that the increases did not have a role in calculation of the AMP – that the increases were just “adjustments to distribution charges it would otherwise owe.”

Healthcare fraud is on the rise

According to a press release issued by the US Department of Justice on February 1, 2022, the Justice Department recovered more than $5.6 billion in civil settlements and judgments in the fiscal year 2021. The Assistant Attorney General said that the recoveries are the second-largest amount in the history of the False Claims Act and the largest since 2014.

The leading source of the settlements and judgments involved healthcare fraud. The US DOJ is involved with litigation involving Medicaid, Medicare, and TRICARE. TRICARE benefits US service members and their families. The attorney general added that these huge recoveries deter billions of dollars more in fraudulent activity.

Some of the healthcare fraud in 2021 involved recoveries from:

Whistleblowers and the FCA

Whistleblowers usually file a complaint with the US Department of Justice (DOJ). The DOJ investigates the complaint and decides whether to intervene (pursue the case) or not. If the DOJ does not intervene, the whistleblower can file his/her own complaint. Defendants include companies such as Eli Lilly and individuals such as physicians.

The US DOJ press release for fiscal year 2021 announced that more than $1.6 billion of the $5.6 billion in recoveries were due to lawsuits filed under the FCA’s qui tam provisions. Whistleblowers file their complaints through the qui tam law. In fiscal year 2021, whistleblowers were awarded $237 million for exposing fraud and false claims – about 15% of the recoveries.

The percentage the whistleblower is entitled to includes statutory penalties in addition to the amount of the fraud. Currently, according to the DOJ, about 11 new whistleblower cases are filed every week.

At Plattner Verderame, P.C. our Phoenix qui tam lawyers are skilled at filing False Claim Act complaints. We advise whistleblowers about what evidence is needed to file a complaint and what other criteria, such as being the first person to disclose the fraud, apply. We work aggressively to convince the DOJ to intervene in your case. If you discover fraud involving the government, call us at 602.266.2002 or complete our contact form to schedule an appointment at our Phoenix or Tempe office.