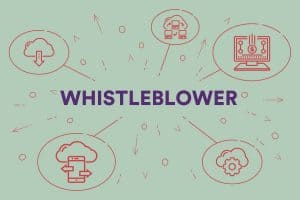 We have often talk about how the law protects those who blow the whistle on medical fraud, and how qui tam actions can help the government AND whistleblowers recover funds when physicians, hospitals, medical device makers, and others defraud the government. In 2018, whistleblowers helped the US government collect more than $2.1 billion in recoveries.

The main law that is used to enforce claims of fraud involving Medicare, Medicaid, and other federal health care programs is the False Claims Act. The law was originally enacted during the administration of Abraham Lincoln to help disclose fraud involving the US Department of Defense.

Under the False Claims Act, the government offers the private whistleblower a strong incentive to step forward. The incentive is a cash reward – a percentage of any recovery. As some recoveries can be worth tens of millions, and the percentage is normally between 15 and 25 percent, the whistleblower can receive large sums for disclosing serious types of fraud.

The disclosure must meet certain conditions in order to qualify for compensation. It must generally be original – if another private doctor or person discloses the fraud to the government first – the person who makes the first disclosure is the only person who can claim the award. The disclosures are normally made under seal and don’t become public until later, after the US Department of Justice has researched the merits of the disclosure.

Being a whistleblower is not an easy task. Even though there are laws against retaliation, some defendant physicians and health providers may threaten to fire the whistleblower. It also takes time to build and prosecute a case.

During this time, many whistleblowers are told that they cannot talk about the case to anyone, even their spouses or parents. The emotional burden of lying can take its toll, and when the information does come out, some people have had difficulty finding or maintaining jobs. A recent piece by The New Yorker outlines the price some whistleblowers pay, and how it can affect entire families.

This is why whistleblowers deserve the awards they receive. Being a whistleblower is hard work, but it is also a patriotic service to your country. When you help uncover and expose fraud, you should be rewarded for those efforts.

Most doctors and hospitals work hard to put the patient first. In those cases where health providers put their own profits before patient safety, they deserve to be held accountable. Plattner Verderame, P.C. assists Arizona whistleblowers in qui tam actions. To speak with an experienced lawyer, please call our Phoenix office today at 602-266-2002 or use our contact form to schedule an appointment.