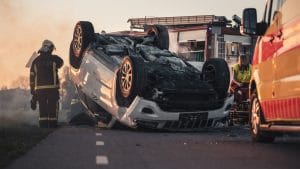 When we buy a car, we look at the color, the interior space, how well it works on the road, and perhaps most importantly, the safety rating. We won’t buy a car with a safety rating of one or two stars. We want a car with four or five stars. Afterall, that is the vehicle that will best protect us if we’re involved in a car accident.

It turns out that that might not be the case.

Before cars are distributed to the general public, they are tested in mock-up crashes in order to see how the vehicle responds. In these crashes, the researchers and engineers use crash-test dummies. We’ve all seen them before, but we really need to think about what those crash-test dummies are actually testing, and if they are the best measurement of safety for everyone who might be involved in a real accident one day.

What are the current safety practices for crash tests?

The importance of accurate female crash-test dummies is discussed in an opinion piece published by the Washington Post. When the engineers and scientists test the safety of cars, they use the standard male-sized and male-weighted dummies to represent the human in the car. These dummies record the type of damage that they receive during the crash, and from there, the researchers can change and adjust the safety-measures of the vehicle to appropriately protect the dummy –the prospective human– inside the car.

The problem with all of this is that women are not accurately represented in these test crashes. Because of their average height, weight, and body differences, women receive different sorts of injuries than men do. So when a woman buys a car, can they truly be satisfied in knowing that the safety rating applies to them as well as men?

What do the statistics say?

In America, more than 40,000 people will die in car crashes this year. The National Highway and Traffic Safety Administration (NHTSA) reports that those fatalities are not suffered equally by both men and women, as women are seventeen percent more likely to die in a car crash than men, while men are more likely to cause the crash. In addition, women are 73 percent more likely to be critically injured in an accident, according to a study done by the University of Virginia in 2019.

As we can see, the statistics show why it’s important that the proper safety testing measures are used. The question then remains: why aren’t we using them?

What is the efficacy of crash-test dummies?

While the government does require female test dummies, the only difference the dummies have to their male counterparts is that they are smaller. They do not factor in all the other differences that most women have from men such as appropriate weight, difference in internal organ shapes and locations, position of the driver in the seat, and bone density. This means that the testing of “female” dummies as it stands right now is not accurately reporting how a woman might experience a car crash at all.

When crash-test dummies were first made in the 1970’s, the technology around them was not extremely accurate, but it was a start. Today, there have been huge jumps in technology and knowledge surrounding these dummies to accurately record crashes to both men and women. As the Washington Post’s writers explain, “Advanced female dummies have more sensors in the abdomen and pelvis to measure impacts with seat belts, more facial sensors to provide information about how and when airbags should inflate, and more ways to measure impact against the chest to reduce risk of rib fracture.” This sort of technology could help provide women drivers and passengers with safer seat belts, headrests, air bags, pedals and more.

The voluntary program that the NHTSA administers to provide vehicle ratings for consumers only requires male test-dummies to be tested for many of their critical crash tests. This means that any five-star rating that a vehicle has is only rated that highly for someone with a height of five feet and nine inches and a weight of 170 pounds, not the average lesser height and weight of a woman. This sort of practice is nonsensically negligent to half of the human population who drive vehicles, not to mention any driver who is taller and/or heavier than the average crash test dummy assumes.

We have the technology to make crash tests better, so why aren’t we using it?

It may surprise you that it’s not that the NHTSA doesn’t have the authority to require manufacturers to use up to date, high tech test dummies in their crash tests, including the dummies that have the correct proportion and features of the average female population. These issues could be corrected at any time for a miniscule price increase in vehicle sales. Federal regulators have been testing these female dummies for nearly 15 years, and yet they are insistent that more research is necessary. While these regulators waste time in implementing this updated technology, more women are critically injured and killed in car accidents.

We have the technology to make our world a safer place. Car crashes kill far too many people every year, and the majority of those fatalities are women. The National Highway and Traffic Safety Administration has the power to make the change we need in order to protect women drivers and passengers while on the road simply by requiring that regulators use modern and up to date test-dummies to represent female occupants. Until that happens, we must make these regulators aware that they will not get away with this negligence without punishment.

If you’ve been injured in a car accident, contact a Phoenix injury lawyer at Plattner Verderame, PC by calling 602-266-2002 and scheduling an appointment, or using our contact page. We maintain an additional office in Tempe for your convenience.