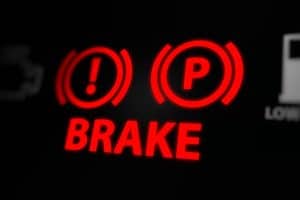 Tesla recently found itself in the news again when hundreds of vehicle owners started complaining their cars were suddenly braking for no apparent reason. Although it began as far back as late 2021, the issue appears to be worsening, and the US government is getting involved. However, the problem – called “phantom braking” – isn’t a glitch unique to Tesla alone. If you have a newer vehicle with automatic emergency braking systems, also called AEBs, your vehicle may also be at risk.

What is phantom braking?

Emergency braking system technologies work by using radar to track vehicles and objects ahead. If the radar spots a vehicle slowing down or an object approaching, it audibly and visually warns the driver so they can react appropriately. If the driver does not react, the system can apply the brakes automatically.

An article in Driving.ca calls phantom braking a “safety system false alarm that may cause your vehicle to slam on its brakes without warning, as a result of detecting a phantom object. The false alarms that lead to phantom braking are the result of sensor failure, and they reveal some of the shortcomings of currently-available safety technology.”

The publication also points out that bad weather, railroad crossings, overhangs, low street lights, and even malfunctioning lights on passing cars and trucks can all contribute to a failure in AEB technology.

What’s going on with Tesla and sudden braking?

The Verge reports as of early June, 758 Tesla owners reported their phantom braking issues to the National Highway Traffic Safety Administration (NHTSA), prompting a letter from the agency asking the company for more information. According to the Verge, the NHTSA is requesting “all consumer and field reports it has received about false braking, as well as reports of crashes, injuries, deaths, and property damage claims… [and] also wants to know whether Tesla’s Full Self-Driving system was active during any of these incidents.”

Is phantom braking limited only to Tesla?

No, it’s not. Back in February, the NHTSA opened an investigation into Honda Accord sedans and CR-V SUVs for similar glitches in AEB systems. According to CNN:

NHTSA has received 278 complaints of sudden braking for no reason in Accords and CR-Vs. Six of these complaints allegedly involved collisions, some resulting in minor injury, according to NHTSA documents. Several people who submitted complaints to NHTSA said the problem occurred in their vehicles multiple times.

Samples of complaints from Honda vehicle owners include:

A casual internet search of “phantom braking” also brings up complaints from other car owners, including those with Hyundai and Chevy Volt vehicles.

Hyundai also has an issue with phantom braking. One of our own attorneys recently sold his Hyundai GV80 because the car rapidly decelerated – twice – on a drive from Flagstaff to Phoenix while he was using the adaptive cruise control on an open road on a clear day. As you can see, we really do have personal experience with this particular danger in vehicles.

What types of accidents can happen from phantom braking?

Any time a car acts unexpectedly, there’s a risk for an accident. However, if a car brakes suddenly, especially on the highway, you might experience one of the following:

Any of these accidents can cause catastrophic, disabling, and long-term injuries to both the driver of a malfunctioning vehicle and anyone unlucky enough to be in the way when a phantom braking incident occurs.

When an autonomous or semi-autonomous vehicle, like a Tesla, slams on phantom brakes and causes an accident, who is liable? These types of car accidents get complicated quickly. After an accident caused by a malfunctioning vehicle, liable parties can include the:

Because of all these considerations and more, our Phoenix car accident attorneys launch an investigation into your crash, using our extensive network of experts in order to get to the bottom of why your accident occurred. After we assign liability, we work to ensure you secure the maximum compensation possible for your injuries and losses – your medical expenses, lost wages, and pain and suffering. We want to help.

The personal injury attorneys at Plattner Verderame, PC dedicate themselves to each and every client. If you or a loved one were injured in any type of car accident, we can talk to you about your legal options and help you move forward. To set up an appointment in our Phoenix or Tempe offices, call us today at 602-266-2002 or complete our contact form.