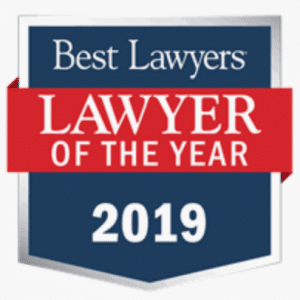 Plattner Verderame, PC is proud to announce that our founding partners, Richard Plattner and Frank Verderame, have both been named to Best Lawyers in America® for 2020. Both partners are Arizona State Bar Board Certified Specialists in Injury and Wrongful Death, and both have been recognized for their work in plaintiffs’ personal injury litigation.

The Best Lawyers in America publication is released each year, recognizing lawyers in all practice areas across the country for their work. The nominations are submitted by colleagues, clients or employers and then vetted during a peer review process. Once vetted, the attorneys are confirmed as being in good standing with their local bar associations and submitted for recognition. The lawyers chosen for the awards each year are notified and then listed in an online publication and in a print publication. The lawyers are divided into practice areas and geographic location.

About our attorneys recognized in Best Lawyers in America

Richard S. Plattner has been named to Best Lawyers in America for the 20th consecutive year. He was named Lawyer of the Year by the American Board of Trial Advocates in 2017. Richard is AV-Preeminent rated by Martindale-Hubbell, and has been named to the Top 100 Trial Lawyers by The National Trial lawyers every year since 2012. He is the 2018 winner of the Albert Nelson Marquis Lifetime Achievement Award from Who’s Who in American Law. He also received the Lifetime Advocate for Civil Justice Award by the Arizona Association for Justice.

Frank Verderame has been named to Best Lawyers in America for the 13th consecutive year. In 2019, Best Lawyers named him “Lawyer of the Year” in Phoenix for his work in personal injury litigation. Frank serves on the Board of Directors of the Melvin Belli Society, received the Lifetime Advocate for Civil Justice Award from the Arizona Association for Justice in 2016, is rated AV-Preeminent by Martindale-Hubbell, and has been named to Arizona’s Finest Lawyers since 2011.

Congratulations to Richard Plattner and Frank Verderame for being named to Best Lawyers in America yet again. We are incredibly proud of your accomplishments!