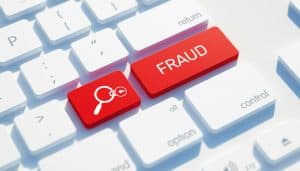 The Dodd-Frank Act, in the most general of explanations, puts the oversight of the financial industry in the hands of the federal government. Therefore, if a person who works in the financial industry notices illegal or fraudulent behavior going on within his or her company, and reports that behavior to the federal government, he or she is protected under whistleblower laws.

But in order to be protected as a whistle blower, you have to report those illicit activities to the government. Otherwise, per a unanimous ruling by the Supreme Court of the United States, your protections vanish. The Hill reports:

“The Supreme Court ruled Wednesday that anti-retaliation protections under the Dodd-Frank Act only kick in when a whistleblower has reported the stock and investment fraud to the Securities and Exchange Commission (SEC).

In a unanimous decision, the court said the text of the law written by Congress following the financial crisis in 2011 defines a ‘whistleblower’ as someone who provides information relating to a violation of the securities law to the commission.”

The case came about because of a man named Paul Somers. Mr. Somers used to work for a company called Digital Realty Trust Inc. According to U.S. News & World Report, “Somers was the company’s second in command in Singapore when he made accusations to senior managers that his boss had hidden millions of dollars in cost overruns, granted no-bid contracts and made payments to friends, among other things. Somers was fired in 2014 after making the allegations.”

Mr. Somers sued the company, claiming he was protected under the Dodd-Frank Act. The lower courts agreed with him, but the Supreme Court ruled against Mr. Somers because he never reported his findings to the SEC. Because his complaints were not filed with the federal government, they ruled, he was not entitled to the protections supplied by the government under Dodd-Frank.

Why did the Court rule this way?

In short, it came down to what the law says, versus how the lower courts chose to interpret that law. If you work for an organization that does work for, or is regulated by, the federal court, you are only entitled to qui tam protections if you report the alleged fraud or misdoing to the federal government. The SEC, as well as the Commodities and Futures Trading Commission (CFTC) and the Internal Revenue Service (IRS) also allow for protections for qui tam claims. In order to be eligible, though, you would have to report your findings to those government institutions.

Making a qui tam claim is a complicated process, however, and you should seek the legal counsel of an experienced qui tam attorney. At Plattner Verderame, P.C., our Phoenix whistleblower attorneys understand what it takes to make a successful claim, and what kind of proof will be required. To learn more about your options, or to schedule a consultation with a member of our team, please call 602-266-2002 or fill out our contact form.