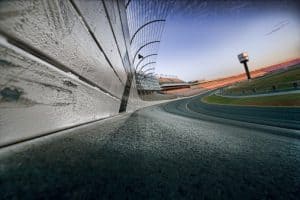 Tony Stewart’s long embroiled wrongful death suit has taken a new turn as the NASCAR driver’s lawyers have asked the judge to dismiss the claims. The accident in question took place August 9th, 2014 and took the life of fellow driver Kevin Ward Jr. at the Motorsports Park in Canandaigua, NY. It isn’t often that the public gets such uncensored and detailed coverage of a wrongful death suit, so we thought it might be good to break it down here.

The case so far

On August 9th, Kevin Ward, Jr. had already wrecked his own vehicle in a battle with Stewart for position, and according to Stewart had moved onto the raceway in frustration. Stewart claims that, due to the speed of the race, he only had a moment to divert his course from hitting the person, who he did not recognize as Ward, Jr., and that he did so to change his vehicle’s path. Regardless, Ward, Jr. was struck and killed by the right rear tire of Stewart’s vehicle. Ward, Jr.’s family already filed a wrongful death suit that went before a grand jury in September of 2015. That case resulted in an exoneration of Stewart, but did not preclude a civil wrongful death case, which involves a much lower standard of proof, and the Ward family filed that claim shortly thereafter.

One reason the grand jury ruled in favor of Stewart was that Ward, Jr. had levels of marijuana in his system, which Stewart’s lawyers argued prevented him from feeling fear or exercising reasonable caution. Another complicating issue is that neither Ward, Jr.’s or Stewart’s insurance carriers would cover the legal costs and claims made by the Ward family. Should the civil case end up in the Ward family’s favor, any settlement will therefore be Stewart’s sole responsibility, rather than his insurance company’s. That settlement value could vary wildly, depending on whether Ward, Jr. had any vital signs associated with fear prior to his being declared dead, which would establish legal pain and suffering.

Next moves for Stewart

One option for Stewart is to settle with the Ward family. This would close all further investigation into whether Stewart had any prior record of similar behavior, as well as potentially create a more positive PR spin for Stewart, which is critical in the NASCAR world of sponsorship and fandom. Another option is to continue asking for dismissal of the civil suit. Finally, Stewart and his legal team could go to court, but with the graphic and upsetting nature of video available online of the incident, it could be very hard to feel confident that a jury would accept Stewart’s argument that Ward, Jr. was solely at fault in the fatality. He would face the same challenges here in Arizona, as well, where the video would surely be used as evidence that Stewart shared at least some fault in the fatal crash.

At Plattner Verderame, P.C. our clients aren’t predatory or lawsuit happy: they’re regular people who were put in danger through the negligence of others, or who need assistance making insurance companies pay for the care necessitated after an accident or death. Our Phoenix wrongful death lawyers have the experience and resources to fully research and present your case.  Contact our passionate, honest team by calling 602-266-2002 or filling out our contact form.