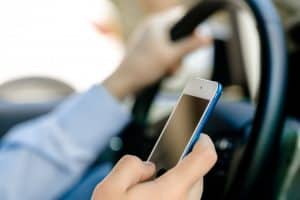 In 2017, Arizona’s roads and highways claimed nearly 1,000 lives. And, in a recently released report, the officials who compiled the data say, in most cases, driver behavior is to blame.

The Arizona Department of Transportation releases their “Motor Vehicle Crash Facts” report every year. They compile their data from Arizona Traffic Crash Reports submitted to the Arizona Department of Transportation by state, county, city, tribal, and other law enforcement agencies. The most recent report details different motor vehicle accidents and fatality statistics across the state.

According to the Arizona DOT’s report, traffic deaths rose for the third straight year in 2017. Among the top factors in fatalities? Driver impairment, speeding or reckless driving, and failure to wear a seat belt.

And, even though Arizona doesn’t have a law against it, the Arizona Department of Public Safety reports that 741 car crashes in 2017 may have been caused by distracted driving. Quentin Mehr, a spokesman for the department, said distracted driving is simply “anything that takes your eyes off the road.” This can include things like texting, talking on the phone, or even eating and grooming while driving.

However, “it can also be something as small as changing the radio station or changing your air conditioning setting,” Mehr said. “Those things that are taking your eyes off the road.”

Here’s a random sampling of other stats from the Arizona DOT 2017 report:

Don’t become a statistic. If you’re in a Phoenix car crash or motor vehicle accident, talk to the lawyers at Plattner Verderame, P.C. for guidance. We’ll talk to you about your case and your injuries, and help you with your case. Schedule a consultation with our skilled lawyers today by calling 602-266-2002 or filling out our contact form.