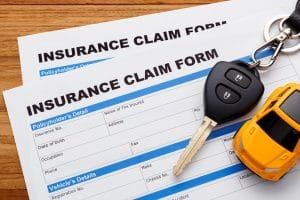 Motor vehicle accident claims can seem like they are pretty straight forward. In general, they all work the same way. You get injured, you get better, you hire an attorney who either settles your claim or sues the responsible party, and you get on with your life. What you don’t often see is all of the details behind the scenes. Depending upon the vehicle, cause of the collisions, and injuries involved, these claims can be difficult due to their many moving parts.

Injury claims involving truck accidents require a very different level of attention due to their incredibly complicated nature. Commercial trucking is regulated by the Federal Motor Carrier Safety Administration and the United States Department of Transportation. The involvement of government agencies automatically creates entanglements that don’t exist with car crashes, especially when it comes to gathering evidence.

Part of dealing with an injury claim as a victim is the unknown surprises that can lead to a roller coaster of emotions for you and your family. Having a greater understanding of what to expect will give you an advantage in being able to prepare for what’s to come given that tractor trailer crashes can take longer to settle than car wrecks. Below are some of the differences you should anticipate when you’ve been injured by a big rig.

Unlike eighteen wheelers, passenger vehicles are designed for everyday utilitarian needs. Because these vehicles are pretty basic, so are the types of collisions they’re most commonly involved in. Being rear-ended, sideswiped, t-boned, or even being hit head-on account for the majority of accidents because there are fewer factors that affect how cars crash.

Trucks have numerous other qualities that create many more threats to smaller vehicles, which simply don’t have the ability to create the same dangers as a result of their dimensions or their inability to maneuver the same way.

Collisions between passenger vehicles tend to be on somewhat equal footing when it comes to size, weight, and potential for damage to each vehicle. When you pit a car against an 80,000 pound semi, there’s simply no way the car and its occupants will have much of a chance of escaping unscathed. They simply don’t have the same level of protection surrounding them. Cars are sitting lower to the ground while trucks tower above them.

The ease with which a truck can annihilate a car is comparable to a stick of dynamite taking down a Barbie Dream House. It’s an imminent disaster. Because insurance claims will be proportionate to the damage inflicted, insurance companies take their time investigating to find any way they can minimize or eliminate their liability.

Numerous arms of the law are involved

As with car crashes, state law is always involved in trucking accidents – but unlike ordinary motor vehicle crashes, commercial trucks are also regulated by the federal government, which adds a layer of complication to your claim. Thorough investigations have to be conducted and reports filed, which takes time.

The accident scene and truck have to be investigated, and the carrier, driver – anyone with a role in putting the truck on the road – has to be interviewed. All records have to be reviewed. Specific to the driver and truck, there are federal regulations related to topics like “Hours of Service” designed to prevent fatigued and distracted driving to proper vehicle maintenance that all have to be examined.

Additional parties likely to participate in an investigation include:

Gathering evidence is an important part of your case. Without proof that points to negligence by the truck driver and other at-fault parties, you don’t stand much of a chance of obtaining a sufficient settlement, or winning your case at trial.

Certain pieces of evidence are standard in any car crash claim. The incident report, citations issued, medical records, and vehicle damage estimates are surface-level evidence of your case. The worse the collision, the more evidence there will be to not only support your claim but to attack the defense of the party or parties who caused your life to be turned upside down.

Complex evidence that may bolster your case includes:

The trucking companies usually have “flying squads” of investigators and lawyers who come to the scene of a crash, often before the police have finished their investigation, and sometimes before the victim’s family has even heard about the crash. They have access to evidence and the opportunity to influence the police investigation far beyond what the crash victim can ever have.

The Phoenix truck accident lawyers at Plattner Verderame, P.C. offer high caliber legal services to our clients because we believe that truck injury victims deserve fair treatment. Don’t delay and miss your window to protect your rights and your future. Schedule your free confidential consultation in Phoenix or Tempe by calling a member of our caring legal team at 602.483.6602 or by completing our contact form.