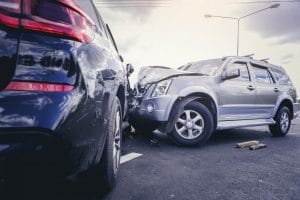 Technology can save lives. In the third decade of the 21st century, there’s no excuse for cars failing to have top-of-the line crash avoidance technology. While we’re far from having cars that drive themselves, software and hardware do help cars stay away from other cars and pedestrians. The latest technology should warn the driver when a car is too close to another car. If a crash is clearly going to occur without computer action, cars should be capable and ready to steer a vehicle out of trouble or brake to avoid a crash.

What is crash-avoidance technology?

Much of the technology used to help cars avoid crashes uses sensors, lasers, cameras, and radar (short-range and long-range). This technology monitors vehicles, pedestrians, bicycle riders, traffic signs, and other objects on a continuous basis. Generally, the driver receives subtle warnings such as a sound, a flashing signal, a pull on the seatbelt, or a steering wheel vibration. If the driver fails to respond, then more advanced technology intervenes to brake or control the car. Often, there is a fine balance between driver input and vehicle input.

According to the Consumer Reports article, a chief researcher for IIHS said, “Even in the cases where these systems failed to prevent a crash, if there’s automatic braking going on, or if the driver does brake in response to a warning, that crash is going to be less severe than it would have been otherwise.”

How is crash-avoidance technology evaluated?

Drivers, owners, and the public should know that as crash avoidance systems are being installed, agencies such as the National Highway Traffic Safety Administration (NHTSA) and the Insurance Institute for Highway Safety (IIHS) are continually testing these systems for safety issues. In addition, lawyers are filing product liability and negligence claims when the technology is defective, and the defects cause death or injuries. Lawyers are also pursuing claims when cars fail to have standard crash-avoidance technology.

The IIHS, for example, now evaluates vehicles to determine if they have systems such as forward-collision warning systems and automatic braking. Cars and other vehicles with these systems will gain higher evaluation scores.

A few of the current crash-avoidance technologies

In an extended report, Consumer Reports summarized some of the new crash avoidance technology. Some of the crash-avoidance and car safety systems car, SUV, and truck manufacturers are installing include the following systems:

What can you do if the crash-avoidance technology fails?

There are two types of claims that can be brought if crash-avoidance technology fails:

At Plattner Verderame, P.C., our Phoenix car accident lawyers work aggressively to hold manufacturers and negligent parties liable for your injuries or the death of a relative. We work with product safety professionals to show technology was defective or that safe technology wasn’t installed when it should have been installed. We demand compensation for your pain and suffering, medical expenses, lost income, and property damage. Please call us at 602.266.2002 or complete our contact form to schedule an appointment at our office in Phoenix or Tempe.