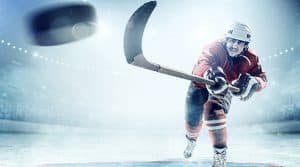 Whether played by children or adults, games and sporting activities are expected to offer a reasonable amount of safety from major bodily injury. Safety gear, such as helmets, or supervision from referees helps to maintain these standards. With all these protections in place, which sports remain dangerous, and which are safe? It turns out that the answers are more complicated than you might expect, depending on their age, skill level and even location of the players. We won’t be talking about esoteric sports like cave diving. These are sports that you, your family members, and friends might play this weekend that could result in devastating injuries.

Kids are at risk of being injured while playing

School sports are usually presumed to be safe: kids have to get a physical to play on a team, safety equipment is mandatory, and coaches are around to keep an eye out. However, the reality is that the physicals schools require for sports entail a minimal examination that often misses underlying heart and breathing issues, school equipment is often old and poorly maintained, and the coaches may be distracted or inexperienced.  The top sports most likely to result in serious injuries to children are:

When it comes to adult sports, excluding professional players, the top five most dangerous sports tend to be varied, a mix of team and individual sports, but often with an element of risk of speed involved.

Injuries for kids from sports often get shrugged off as part of growing up. Even adults are who are hurt during a game are seen as basically fine. But when the injuries are grave and life altering, it isn’t always just the player who was responsible. Attorney Nick Verderame has a background in sports business, with a degree in Sports, Commerce, and Culture, and has published on the subject of concussions. If you sustained an injury playing sports, you’re in good hands with us.

Most of our clients aren’t people who go around starting lawsuits every day. They’re regular people who were put in danger through the negligence of others, or who need assistance making insurance companies pay for the care necessitated. Contact the experienced, Phoenix catastrophic injury attorneys of Plattner Verderame, P.C. by calling 602-266-2002 or filling out our contact form.