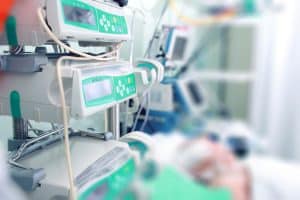 The dangers of medical devices are becoming more apparent. The International Consortium of Investigative Journalists (ICIJ) reported in February 2019, that the US Food and Drug Administration has agreed to release information, previously hidden from the public, about defective medical devices.

For the past 20 years, the FDA has allowed manufacturers to provide quarterly reports about 100 devices in a program called “alternative summary reporting.” The data about complaints and knowledge of medical device malfunction was hidden. All the manufacturer had to do was provide a summary of any incidents to the FDA.

The change was announced due to an IJIC report that “hundreds of thousands of incidents related to breast implants had been kept out of public sight under the summary reporting program.” Complaints by women and families about the breast implants included claims that the implants caused “debilitating illnesses, including a rare form of cancer.” The information in the alternative database was also kept private from physicians who used the devices.

The second story was an editorial by the New York Times posted on May 4, 2019. The editorial discussed the FDA alternative reporting database and the FDA’s recent policy decision to make the data in the reports more public. The story focused on another FDA announcement that “it couldn’t guarantee the long-term safety and efficacy of vaginal mesh products — medical devices that have been on the market for decades”:

“The mesh, which is used to hold pelvic organs in place when muscles become too weak to do the job, has long been tied to life-altering injuries, including nearly 80 deaths as of 2018. In the past decade, seven companies have spent a collective $8 billion to resolve more than 100,000 patient claims — making litigation over vaginal mesh (or pelvic mesh, as it is sometimes called) one of the largest mass tort cases in United States history.”

The litigation showed that often there was no clinical data to support approval of the medical devices.

The FDA, according to the New York Times, has not done enough to regulate breast implants and other medical devices. The story states that in the past 10 years, nearly 80,000 deaths and two million injuries are due to defective medical devices – “many approved with little to no clinical testing.”

The FDA claims that the dangers/risks are balanced by the benefit of bringing innovative health products to market.

At Plattner Verderame, P.C., we have the experience and resources to show that medical devices were defective and that the defects caused personal harm. For help with any product defect, call our Phoenix medical products liability lawyers at 602-266-2002 or fill out our contact form to arrange to speak with a lawyer.