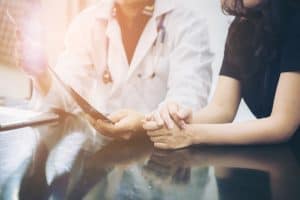 The number of qui tam cases represents only those fraudsters who were caught. Whistleblowers who report health care fraud have a significant incentive to report fraud as fraudsters must pay up to triple damages, and statutory penalties. Those triple damages recover the money the federal government lost, pay the cost of the investigations with interest, and cover the whistleblower awards which can amount to 15 to 25% of the amount recovered. The False Claims Act (FCA), also called, “Lincoln’s Law,” is based on the idea that if you incentivize integrity you will get results. Since 1987, the federal FCA has recovered more than $53 billion in civil recoveries to the federal government. More than 80% of the False Claims Act cases pursued by the U.S. Department of Justice were initiated by whistleblowers. (TAF)

The following is just a sampling of some of the larger FCA cases that involve health care fraud, which is one of the largest sectors of government fraud. As of 2012, the settlement of just 80 fraud cases involving drug manufacturers returned more than $19 billion to the U.S. government. (TAF)

Do you have evidence that your employer is committing fraud against the federal health care agencies Medicare or Medicaid? If so, you are encouraged to speak to one of our discreet qui tam lawyers so that you can get a clear understanding of your rights and your options for proceeding with your claim. At Plattner Verderame, P.C., our Phoenix qui tam lawyers have experience working with the DOJ, and we can brief you on what possible reward may be available given the facts of your case. Please phone us at 602-266-2002 to schedule a consultation. You can also reach us confidentially through our contact form.