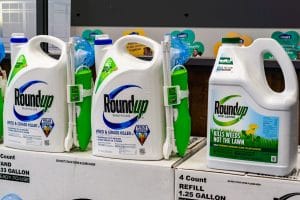 In May, a California jury heard a case about a couple, Alva and Alberta Pilliod, who had used Roundup for decades and both developed non-Hodgkin’s lymphoma. That same jury awarded the couple more than $2 billion in damages. In July, that award was slashed to $86.7 million. It was the third time that a jury had awarded a plaintiff a substantial verdict in case linking Roundup use to cancer, and the third time the award had been cut.

But what does this mean?

On the one hand, you could argue that judges have a long history of slashing larger awards if those judges find them excessive. You could also argue that these cuts may be necessary under specific states’ laws, given that many of them have caps in place when it comes to non-economic and punitive damages. This could explain why Monsanto keeps going: the company knows the awards are likely to be cut.

On the other hand, there are another 20,000 lawsuits pending against Monsanto, alleging that use of their signature product Roundup is linked to, if not directly responsible for, users’ cancer diagnoses. That is a significant number of people who both used Roundup and developed cancer, and whose stories were vetted by injury attorneys around the country. This could explain why people keep going to trial, even though the awards will likely be decreased: they believe they are on a winning side of these dangerous product claims.

Glyphosate is the chemical compound in Roundup weed killer that has been linked to cancer. Under normal circumstances, if a company manufactures a product with a carcinogenic compound, one of three things is likely to happen:

None of these things have happened, in part because the science is still unclear to a lot of people. The Environmental Protection Agency (EPA) claims that glyphosate is not a carcinogen, but the World Health Organization’s International Agency for Research on Cancer said that it could be. And analysis, done by the University of Washington, of other research “found that agricultural workers who used a lot of glyphosate had a 41% higher risk of contracting non-Hodgkin lymphoma over their lifetimes than people who used it infrequently or not at all,” per PBS News Hour.

In other words, while it looks increasingly likely that exposure to glyphosate can increase the risk of a person developing cancer, not all major scientific bodies are in agreement. PBS reports that Monsanto has submitted more than 800 studies proving the compound is safe.

The money spent on those 800+ studies is well worth it to Bayer. It bought Monsanto last year for $63 billion, and it wants to protect its investment. As of July 2019, Bayer’s value had fallen 45%, which indicates that these lawsuits are taking their toll. It is, therefore, in Bayer’s best interest to keep appealing decisions and fighting against plaintiffs in trial, and using its own studies as evidence, rather than admit to a potential link.

Why Roundup may be here to stay

Farmers and agricultural businesses keep buying Roundup, despite the risks and the lawsuits, and this could be at the heart of why Bayer won’t give up.

Why we need to pay attention to glyphosate claims

Roundup may be the poster child for glyphosate-based products, but it is far from the only glyphosate-based herbicide on the market. Glyphosate is the most widely-used herbicide in the U.S., and there are more than 750 products on our shelves which contain this toxin. It is sprayed with impunity on most crops and landscaping. It seeps into our soil and groundwater. It is in the food we eat and the water we drink. PBS reports that “a few years ago, researchers tested the urine of a small group of people across the United States and found glyphosate residue in 93% of them.”

I’ve used Roundup for years, and I’ve been diagnosed with non-Hodgkin’s lymphoma. What do I do?

If you have been continuously exposed to Roundup weed killer (or any glyphosate-based herbicide) and have been diagnosed with non-Hodgkin’s lymphoma, or another health concern such as celiac disease, kidney failure, or other issues, you should speak with an experienced product liability attorney. Mass tort claims are complex, and Arizona’s adoption of a version of the Economic Loss Doctrine can affect the compensation you may be entitled to receive.

Plattner Verderame, P.C. has experience fighting on behalf of people who have been injured or harmed by defective products, and by toxic chemicals. We can give you an honest assessment of your claim, and practical guidance about what your nest steps should be. To schedule a free consultation with a Phoenix product liability lawyer from our firm, please call 602-266-2002 or fill out our contact form. We are proud to represent clients throughout Arizona.