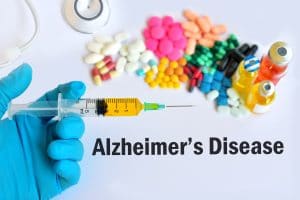 When one family member is diagnosed with Alzheimer’s disease, the entire family can experience a range of emotions. Feelings of sadness, anger, hope, and depression can arise at many stages of the process, for the person living with the disease and the family. In those times, it is normal to wish for a remedy or some sort of medication that can help bring some relief to your family member.

While medical experts are still in the pursuit of a cure for Alzheimer’s, the Food and Drug Administration (FDA) recently approved a new drug that can assist with decreasing the progression of the condition. However, it is best to proceed with caution with this drug before recommending that a family member be prescribed it, as there are many controversial factors behind the approval of the drug. In fact, two of the country’s most prestigious medical institutions – the Cleveland Clinic and Mount Sinai Health System – are refusing to use it. The Phoenix nursing home abuse attorneys at Plattner Verderame, PC, discuss this newly-approved drug in today’s blog.

Aduhelm, also known as aducanumab, is a drug used to treat key aspects of Alzheimer’s disease. The medication is prescribed once a month and is injected into a person’s vein as an infusion. A patient who is prescribed this type of medication must take it for the rest of their life.

When was Aduhelm approved by the FDA?

In a controversial decision, the FDA authorized approval of this drug in June of this year.

What was so controversial about the FDA’s decision to approve Aduhelm?

Biogen, the company that is responsible for the production and distribution of Aduhelm, presented two studies that investigated the effectiveness of the drug. In the two studies, the number of amyloid-beta plaques were lowered. In one of the studies, the results determined that high doses of the drug were responsible for slowing down degeneration of thinking, memory and the ability to function. The other study, however, ended because there were no benefits shown.

Although the results of the first study were promising in terms of lowering plaques, they were not sufficient enough for the FDA’s advisory panel to approve the drug. Yet, the agency decided to approve the drug anyway, with a request that Biogen confirm the drug’s possible benefits in a nine-year, “post approval” study.

Rightfully so, this controversial decision sparked concern from several organizations, including the agency’s own internal investigations. It turns out that the concerns were warranted, as the internal investigation revealed the lengths that Biogen had gone to ensure that Aduhelm was approved.

What is Project Onyx?

Upon further investigation, it was revealed that Biogen implemented a secret campaign to persuade the FDA in approving the Aduhelm drug. This secret campaign was titled “Project Onyx,” and was created with the intention of breathing new life into the drug after potential prospects shied away from it. To assist with the approval, the company needed the help of one of its key allies, Billy Dunn, who was the FDA’s top regulator of the Alzheimer’s drugs.

After meeting with a top Biogen executive privately in the spring of 2019, Dunn fulfilled his promise by becoming a supportive partner in a long-shot effort to get Aduhelm approved. Within a month’s time, the FDA officials proposed using a regulatory shortcut that would help in the approval of the drug.

What are the main concerns from experts about the drug’s effectiveness?

In addition to the questionable methods that led to the drug’s approval, experts hold several concerns surrounding the drug Aduhelm. One of the main concerns is the lack of scientific data that can neither confirm nor deny the effectiveness of the drug. To date, the only trials that have been conducted to test the effectiveness of the drug are the two mentioned studies with mixed results.

Another concern surrounding the drug is the price of the drug itself. Although the drug is projected to be administered once a month, the price of the treatments will total up to $56,000 annually. If the medication is placed on Medicare, it has the potential of becoming a financial burden for the program.

What are health centers doing about Aduhelm?

Although the drug has been approved by the FDA, many of the nation’s influential health centers are refusing to administer the drug. The health centers are relying on the scientific evidence, or lack thereof, when determining whether to administer the drug. For example, the Mount Sinai Health System in New York, one of the most influential health systems, decided against the use of Aduhelm until the Department of Health and Human Services conducts an investigation into both the FDA’s approval of the drug and the relationship between the agency and the drug’s distributor, Biogen.

Another influential health center, the Cleveland Clinic, also decided not to administer Aduhelm after the center’s multidisciplinary panel reviewed all available scientific data on the drug. The health center promised to reevaluate the decision to use the drug once additional data has become available.

Has Biogen responded to the controversy or criticism?

In reference to the health centers’ decisions not to administer their drug, Biogen responded that the decision was disappointing. To this day, the company stands 100 percent behind Aduhelm. The company will hold clinical trials that will confirm the drug’s benefits within the next nine years – a very long time, considering how many people and families are suffering now. If the results from the trials do not show any clinical benefits, the drug will be pulled from the market, but the cost may be too great.

At Plattner Verderame, PC, we care about the people we help, so we will be keeping a close eye on this medication. If you have concerns about your loved one’s prescribed drugs, we may be able to help you. Call 602-266-2002 or fill out our contact form to speak with a skilled Phoenix or Tempe nursing home abuse or neglect attorney.