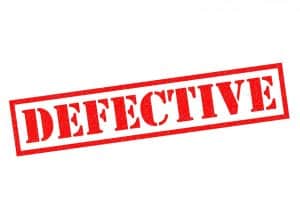 Most claims of malfunctioning medical devices are required to be submitted to the FDA and kept in a public database. Often doctors search these databases when they experience or learn of a similar malfunction, to try to learn how they can better serve their patients.

Kaiser Health News recently reported on a doctor named Douglas Kwazneski who had a “surgical stapler meant to cut and seal the tissue around the appendix [lock] up” during use. Kwazneski spoke to other surgeons, and learned that around 2/3 of them had or knew of a similar experience with the surgical stapler.

When Kwazneski went to review the stapler in the FDA’s public database, he found nothing. As it turns out, “the FDA had quietly granted the makers of surgical staplers a special ‘exemption’ allowing them to file reports of malfunctions in a database hidden from doctors and from public view.”

“Since 2016, at least 1.1 million incidents have flowed into the internal “alternative summary reporting” repository, instead of being described individually in the widely scrutinized public database known as MAUDE [Manufacturer and User Facility Device Experience], which medical experts trust to identify problems that could put patients in jeopardy.

Deaths must still be reported in MAUDE. But the hidden database has included serious injury and malfunction reports for about 100 medical devices, according to the FDA, many implanted in patients or used in countless surgeries. They have included surgical staplers, balloon pumps snaked into vessels to improve circulation and mechanical breathing machines.”

The exemption database is unknown to many doctors and product safety engineers. Even one former FDA commissioner admitted he wasn’t aware of its existence.

The KHN report states that there are other secret pathways for device makers, such as for pelvic mesh makers and makers of devices that are implanted in the heart. Especially risky devices seem to get even more protection from public review.

To show just how bad this database is, let us return to the stapler. Dr. Kwazneski actually wrote about the problems he had with the stapler, back in 2013. Three years later, there were only 84 reports of malfunctioning staplers, or stapler-related injuries, in the public database. In the secret database, however, there were almost 10,000 reports of malfunctioning staplers.

Furthermore, there have been 250 reports since 2001 about stapler-related or staple-related deaths. These reports have been made public, but they do raise the question: why on earth would known defective devices – especially ones that are implicated in injuries and deaths – be given an exemption on the first place?

Patients deserve better than this

Advocates for the public release of information claim that the failure to make these device malfunctions and injuries public proves that the FDA doesn’t have “the ability to oversee the safety and effectiveness of these products.” There are increased efforts to get the information released through the Freedom of Information Act but reply times can take years.

At Plattner Verderame, P.C., our Phoenix injury lawyers have the experience and resources to hold medical device companies accountable when their defective products cause death or serious physical and emotional harm. We work with experts who can explain the defects to a jury. For help with any medical complications after surgery or for any reason, please call us at 602-266-2002 or complete our contact form to schedule an appointment. We handle product liability cases throughout Arizona.