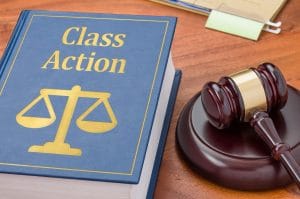 When many people are injured in the same way or suffer a common type of loss, those lawsuits can be consolidated into a multi-district litigation (MDL) or a class action claim. The goal of this consolidation is to move cases through the courts more quickly and efficiently, so that plaintiffs can have justice.

What are class action claims?

In class actions lawsuits, there can be a few plaintiffs (members of a class) or several. Sometimes, there are hundreds of them. One attorney, or one group of attorneys, represents the class. Anyone who fits within the definition of the class can ask, usually through their lawyer, to be made part of the class action. You may have even received emails or letters about joining a class action because you purchased a certain product or service during a certain time frame.

If there is a damage award, then the damages are split up among everyone who is made a part of the class.

These lawsuits are often brought when the damages that one victim might be entitled to are small, but when all the cases for all the plaintiffs are combined, the damages can be quite large. Class actions are often used, for example, if a car part is defective and the damages being sought are just the cost to repair the defect. Most class actions – about 75% – involve labor disputes, antitrust actions, consumer fraud, and product liability claims.

Multi-district litigation involves multiple lawsuits (as opposed to just the singular class action lawsuit) on behalf of multiple injured people and families. The MDL process is generally the better option for people who have suffered any type of serious injury or death, because it keeps the courts from getting “clogged up” with multiple cases. Instead of judges around the country having to familiarize themselves with each individual case, a handful of courts will hear all of the cases. When multiple people have sustained the same type of injury or illness, it is called a mass tort. Mass torts often involve defective drugs and medical devices, like faulty hip implants or IVC filters.

The MDL process does involve a Plaintiff’s Steering Committee composed of lead attorneys. Each plaintiff also has his/her own lawyer. The cases are consolidated by appointing by a federal judge in one jurisdiction to control the handling of the cases. After the initial stages, such as the pretrial and discovery phases, each case proceeds on its own through the lawyers for each victim.

There are some considerations lawyers will review with their clients when their case is involved in the MDL process. For example, the defense team is usually the same in many of these cases while the plaintiffs’ lawyers are different. The decisions in the early cases may establish some precedent for how later cases will be decided.

At Plattner Verderame, P.C., we work with product safety experts and other professionals to show that products were defective, and that manufacturers and other sellers should be held strictly liable. In class action and MDL cases, we explain when you have an option to join the litigation and whether joining the class or MDL is advisable. We work with the lawyers handling the class or MDL case and proceed with MDL cases when the MDL judge rules that cases can proceed. For help with any injuries or, tragically, any death to a defective product of any type, call our Phoenix product liability lawyers at 602.266.2002 or fill out our contact form to schedule an appointment. 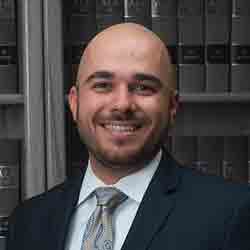