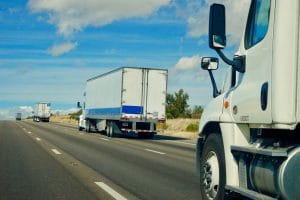 Truck accidents can happen anywhere at any time but every state has known trouble spots where motor vehicle crashes seem to be a normal occurrence. Arizona is no different. We have many highways and backroads that lend themselves to causing injury and death on a regular basis.

Some of these dangerous roadways are frequented by tractor trailers that come with their own perils, only adding to the risk passenger vehicles encounter. So which highways are Arizona’s worst when it comes to truck accidents? Take a look at the warning list we’ve assembled below.

This highway runs east and west across the state, crossing and then paralleling famed Route 66. Because it essentially takes you past a lot of the same attractions you would have seen on Route 66, it’s a busy tourist route. Highway 40 is also a main thoroughfare for interstate trucking. This route is currently labeled as the deadliest highway in the state due to its average of 35 fatal accidents per year.

Tractor trailers pose a serious hazard for those sharing the highway with them, as shown by this example where a semi lost control and dropped down a 60-foot embankment on I-40 in the early morning hours.

Arizona State Route 87, also called the Beeline Highway holds a lot of zigzags, twists, and turns as you travel along. For oversized vehicles like big rigs, tighter curves mean less time to react in an emergency in a vehicle that requires more time to stop and slow down than passenger vehicles. Going too fast into a curve or taking your eyes off the road for a second increases the risk of rollover accidents.

Within a 24 hour period, a Coca Cola truck rolled over blocking traffic for hours and a motorcycle crash occurred both on 87 southbound.

The fact that this is a two-lane highway automatically elevates the element of danger because it leaves no room for error. Overcorrecting or becoming distracted can quickly place a truck into the oncoming lane, taking out any smaller vehicle in its path. Open road like this highway has to offer can act as an almost hypnotic effect for truck drivers who may already be working longer hours than allowed by law. Like State Highway 87, this interstate also has sections that wind making it hard to see cars coming around curves from the opposite direction.

I-10 gets you from Tucson to Phoenix but drive it with extreme caution. It’s been ranked as one of the  most dangerous highways in America. Although Interstate 10 runs the entire width of the U.S., the 150-mile stretch from Phoenix to the California is set in sparsely populated desert that sees about 85 deaths per year while the entire state average for traffic deaths hovers around 700 annually.

While this highway boasts beautiful scenery, in part due to its one-mile rise in elevation, that feature also makes for a dangerous highway. The high elevation means steep, icy roads during some of the year coupled by the fact that it ends in a highly populated area. This is a catastrophic truck crash literally waiting to happen with statistics averaging 1 death per highway mile.

Speeding is a problem on State Route 64. The average pace of traffic is 80 miles per hours and with trucks in the mix, it can be a deadly combination. The fact that drivers are distracted only increases the odds of a severe accident. At some points of the day the highway becomes almost a sister to Germany’s Audubon with drivers being clocked doing 110. Drivers routinely pass trucks and other vehicles by crossing the double yellow line and even coming around the shoulder in their blind spot.

Even with other Arizona roadways being slated as severely dangerous, only one claims its fame as top of the list for being a national hazard. U.S. Highway 93 runs between Phoenix and Las Vegas and has been named the most dangerous highway in the country. In the six years between 2010 and 2016, 90 people died in 70 crashes on one stretch.

If you or a loved one has been injured or killed in a truck crash on an Arizona roadway, the experienced Phoenix truck accident lawyers at Plattner Verderame, P.C. won’t stop fighting to reach a fair settlement that will help you and your family move forward. Schedule your free, no-obligation case evaluation in our Phoenix or Tempe office by reaching out to a member of our firm by calling 602.483.6602 or by completing our contact form.