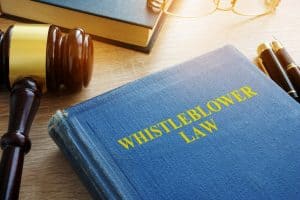 On March 5, 2018, Natera Inc. settled with the U.S. government for $11.4 million dollars to resolve a qui tam action filed by Sallie McAdoo and Steven Aldridge in January 2015. The qui tam complaint alleges that Natera, a genetic testing laboratory which performed services for which they were reimbursed by several government agencies, submitted false or fraudulent claims by using codes that either allowed an otherwise non-reimbursable test to be reimbursed, or caused a test to be reimbursed at higher rates than would otherwise be allowed. The U.S. intervened in the civil suit in December 2017.

After the government’s investigation, it agreed that Natera had submitted false claims to Medicaid, the TRICARE program, and to the Federal Employee Health Benefit Program. In addition to this settlement, Natera also entered separate settlement agreements with the Medicare program.

The settlement agreement with the U.S. Department of Justice includes all the details including the date ranges and specifics of which tests were reimbursed, and which improper codes were used. The settlement agreement states that it is neither an admission of liability by Natera, or a concession by the U.S. government that its claims were not well-founded.

In a March 8, 2018 press release, U.S. Attorney Russell M. Coleman said, “Let this hefty settlement send a message that pursuing healthcare fraud is a priority of our Office and of the Department of Justice. Overbilling federal healthcare programs steals from taxpayers and drives up the cost of healthcare for us all.”

The relators, Sallie McAdoo and Steven Aldridge received a share of the proceeds of the settlement.

What is the qui tam provisions of the False Claims Act?

The qui tam provision of the FCA allows private citizens to file a claim on behalf of the government. Qui tam provisions are filed with the court under seal for 60 days, which gives the government time to investigate the claim and decide if they want to intervene or decline, and allow the relator to continue with the action on their own.

Whistleblower actions have strict filing requirements, and one false step could put your entire claim in jeopardy. As with the recent case decided by the Supreme Court, the relator did not properly report the suspected fraud to the appropriate federal agency, so the claim was unsuccessful. Working with a skilled Phoenix qui tam attorney will help preserve your rights, and make sure that you have experienced legal guidance as you pursue justice on behalf of the government.

At Plattner Verderame, P.C., we know that it takes tenacity for whistleblowers to come forward risking their job, reputation, or even their financial security. Our lawyers protect the rights of all whistleblowers. For more help, please contact our dependable Phoenix qui tam lawyers by calling 602-266-2002 or filling out our contact form.