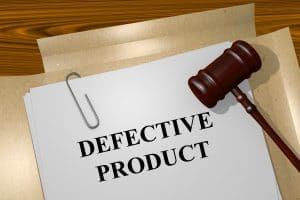 The United States Consumer Product Safety Commission (CPSC) is a government organization that is tasked with protecting consumers by promoting the safety of products that hit the market. In order to protect the public from unsafe and defective products, the agency addresses unreasonable risks of injury, studying illnesses and injuries caused by products and creating safety standards that are uniform.

The CPSC has done a lot of good for this country since it was founded in 1972. We often reference the agency’s website when we discuss recalls, because they list pertinent information about those products. Lately, however, it feels as though this is all the agency does. Instead of identifying problematic products for American consumers before anyone gets hurt, it seems like all the CPSC has done lately is tally the score.

The problem with Fisher Price

In the news lately has been coverage of the infant deaths tied to the Fisher Price Rock ‘N Play. Since the sleeper hit the market in 2009, a little under five million items have been sold. At the same time, 32 infant deaths have been linked to the use of the sleeper, which led to a 2019 recall by Fisher Price because of an investigation by Consumer Reports. Their data linked the first infant death to an inclined sleeper in 2010 – the same year the CPSC was supposedly creating regulations for how inclined sleepers should be manufactured.

Yet at the center of the recall is data from the CPSC that was leaked to companies and agencies across the country. The leaked data came from an error on the part of the CPSC, and included unredacted incident reports. In April, the CPSC informed multiple companies and agencies that information was sent out in violation of the Consumer Product Safety Act, Section 6B. This rule provides manufacturers control over the type of negative information that can be shared publicly about their companies. The CPSC has asked the 29 recipients of the data, which affects more than 11,000 firms, to destroy information they were sent as far back as 2017.

Warnings issued but no recalls

In 2012, the CPSC and the Food and Drug Administration (FDA) issued a warning to parents who let their children sleep in inclined sleepers, stating “We urge parents and caregivers to take our warning seriously and stop using these sleep positioners.”

As far back as June 2013, an email was sent to the CPSC from Fisher Price stating that the company was investigating an infant death that was possibly tied to the sleeper. A report was issued in 2015 that included data the CPSC collected between 2010 and 2012, that said 17 infant deaths were linked to infant sleep products. This study did not mention any particular product or company by name.

To recap: the CPSC is charged with keeping the public safe, but has done little more than issue vague warnings about the dangers posed by inclined sleepers. At the same time, infants across the country were dying in these inclined sleepers, sparking a recall 10 years after the first sleeper hit the market. The information we, as the public, have comes from analysis done by a nonprofit organization (Consumer Reports), not the CPSC – the very agency designed to keep us safe.

The CPSC has stated as recently as April 2019 that it will revisit the entire category of infant sleepers due to the backlash from the public, pediatricians and other medical professionals.

But what we want to know is, why did it take public backlash for the CPSC to do its job? And what has it been doing for the last 10 years? And what else is out there which could be harming or killing people that the CPSC has deigned too unimportant to warn us about?

Something isn’t right with the Consumer Product Safety Commission. While it’s still a good source for finding information about what has been recalled, the agency isn’t holding up its end of the bargain when it comes to keeping us safe. Perhaps it’s time that someone starts watching the watchers.

Plattner Verderame, PC is a Phoenix-based injury firm dedicated to protecting the rights of clients throughout Arizona. To schedule a free consultation with an experienced product liability lawyer, please call us at 602-266-2002 or complete our contact form.