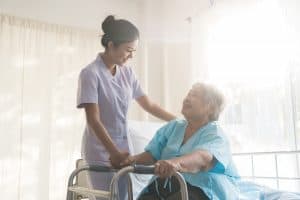 In America, we have a Constitutional right to a jury trial. But nowadays, many corporations are requiring that we give up our right to a jury trial in order to do business with them. They insert mandatory arbitration clauses in the fine print of their contracts. You’d be shocked to know how often you have signed away your rights when you opened a bank account, got a credit card, rented a car, downloaded almost any kind of internet service – the list goes on and on.

Arbitration can sound good in theory: instead of a long, drawn-out court process, you can present your claims to one or more arbitrators, who then decide your case. It may take less time and might cost less money, and unlike a jury trial, the decision can be confidential. The reality is often far different. Instead of an unbiased jury of your peers, many arbitration clauses require arbitrators who are members of the industry that caused your harm. Not surprisingly, those arbitrators often side with the wrongdoer. Also, the fees for arbitration can be outrageously high – and the worse they damaged you, the higher the arbitration fee.

Under current law, in most cases you can’t protect yourself from forced arbitration, but there is one notable and especially important exception – when you sign a loved one into a nursing home or other care facility.

Protecting your loved ones if injury occurs

Nowhere is the danger of forced arbitration more apparent than it is in cases involving claims against nursing homes, and especially when involving residents who legally have little control over their daily lives. The loss of the right to hold the facility responsible in court removes that facility’s accountability for the harm it causes, no matter how egregious the misconduct.

You can refuse to enter a facility that requires forced arbitration, but it may be hard to find a facility without it. And when you are ill or incapable, your family members helping you may not know about forced arbitration – and they will already have their hands full trying to help you.

Although I have given my attorney-in-fact this general and medical power of attorney, I specifically withhold from my attorney-in-fact the power to agree or consent to binding arbitration, or to agree to any other process that would preclude the right to have a jury decide any issue in controversy concerning my person or my property; this does not, however, preclude non-binding alternative dispute resolution process such as mediation.

This little bit of language can invalidate mandatory arbitration language in documents signed by your representative. We cannot stress enough how important it is that you include this in your legal documentation.

Forced arbitration clauses affect millions of people. As TIME reported in 2017, “roughly half the 2.5 million Americans in nursing homes or senior living centers are likely bound by [mandatory arbitration caluses]. Legal advocates who work on behalf of seniors estimate that as many as 90% of large nursing-home chains in the U.S. now include arbitration agreements in their admissions contracts.”

The laws may not protect you

The pushback was swift, and in February 2019, bipartisan legislation was announced by the House Judiciary Committee to end ALL forced arbitration. Per a press release from the Committee, H.R. 1423, The Forced Arbitration Injustice Repeal (FAIR) Act, “would end the use of forced arbitration in consumer, worker, civil rights, and antitrust disputes,” and The Fairness in Long-Term Care Arbitration legislation would end it specifically for people in long-term care facilities.

Until this legislation is passed, you could be harmed by mandatory arbitration clauses in nursing home admissions contracts. This is why you want your POA documents to protect you from forced arbitration.

How do I know if there is a mandatory arbitration clause?

Nursing home companies are clever: they know that most people in search of a nursing home are under pressure to find a suitable one fast, and that they will not read the full terms and conditions of admission. Much like tech companies’ Terms of Service agreements, the nursing homes bury their mandatory arbitration clauses in the fine print. Some may use the phrase “mandatory arbitration,” but many will not. Instead, they will call it something like “alternative dispute resolution,” but the meaning is the same – they are shielding themselves from accountability for their own wrongdoing.

What happens if I, as POA, sign a contract that includes forced arbitration?

If you, as POA, sign a nursing home admissions contract that includes a forced arbitration clause, but the POA doesn’t grant you that authority, then that part of the agreement will not hold. In Owens v. National Health Corporation, the Supreme Court of Tennessee found that the people given power of attorney over the nursing home resident were not granted the right to agree to mandatory arbitration, and therefore, the arbitration agreement was invalid.

Understand, however, that your POA document must include language that precludes you from agreeing to arbitration. It must say that you, as the power of attorney, cannot agree to binding arbitration. If it does not, then the arbitration agreement will likely hold. (Kindred Nursing Centers, L.P. v. Clark, No. 16-32)

Forced arbitration is simply a way for nursing home to deny you and your loved ones your Constitutional rights. It allows nursing homes to avoid being held accountable for their wrongdoing. If you believe that an Arizona nursing home is responsible for the injuries and harm to your loved one, call Plattner Verderame, P.C. today. Our Phoenix nursing home negligence attorneys represent clients throughout the state; let us help you. To schedule a free consultation, please call 602-266-2002, or fill out our contact form.