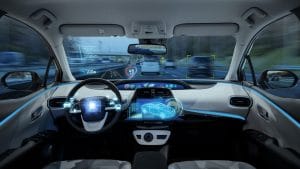 Have there ever been times when, as a driver, you wish someone else could take the driving over for you? Maybe you would like to experience the feeling of going into autopilot whenever you have been traveling for too long on the road. Essentially, that is the premise of an autonomous vehicle.

A fully autonomous vehicle is a vehicle that is capable of driving itself; it has the ability to sense its environment and operate without any human involvement. An autonomous vehicle is a perfect combination of traveling anywhere that a traditional vehicle can go while performing all of the operations that a human driver can perform.

The German auto manufacturer Mercedes-Benz recently became the first automobile manufacturing company to receive the internationally valid regulatory approval of producing vehicles capable of Level 3 autonomous driving. After the opening of the Road Traffic Act for Level 3 systems in 2017, Germany was the first country to create a legal basis for the use of Level 3 driving aids.

What are some of the features of a Level 3 autonomous vehicle?

A Level 3 autonomous vehicle has the ability to react to its environment and make decisions without forcing the driver to take control. The Mercedes-Benz’s updated Drive Pilot system has the ability to take over all driving responsibilities while the vehicle is driving at a speed of 37 miles per hour.

Once the driver activates Drive Pilot through a pair of buttons above the steering wheel thumb rests, the system maintains the driving speed and following distance while independently executing braking and evasive maneuvers. The system also incorporates existing sensors and additional sensors like lidar, microphones, and an additional camera in the rear window. Drive Pilot also incorporates additional features such as road geometry, traffic signs, route profiles, and traffic events from a high-precision positioning system and a digital HD map to help drive the vehicle.

How do autonomous vehicles operate?

Autonomous vehicles incorporate sensors, complex algorithms, machine learning systems, and powerful processors to produce software. By placing various sensors in different parts of the vehicle, autonomous vehicles create and maintain a map of their surroundings. For example, some vehicles may use radar sensors to monitor the position of oncoming vehicles. Video cameras can be used to detect traffic lights, read road signs, locate other vehicles, and remain aware of any pedestrians. There are even ultrasonic sensors located in the wheels that help to detect curbs and other vehicles while parking.

What are some of the benefits of fully autonomous vehicles?

Drivers also have additional options of watching a movie, falling asleep or even talking on the phone with friends without worrying about being pulled over. In addition to extra time to engage in additional activities for drivers, traffic congestion and transportation costs will be significantly reduced.

What are some of the challenges of autonomous vehicles?

Until these questions are answered, we have serious concerns about self-driving cars. While safety features like back-up cameras and lane assist offer a number of benefits, truly autonomous vehicles simply don’t seem safe enough yet. And this could potentially be a real problem, because these autonomous vehicles are already in Phoenix. Waymo One is a fully-autonomous taxi service, and we see their vehicles all around town. Autonomous trucks are also being tested in Arizona, which means the concerns we have must be addressed soon and in full because self-driving cars are already on our roads.

While the NHTSA is in general supportive of the use of autonomous vehicles, the organization has issued a final set of specific rules that will determine how autonomous vehicles will perform in the future. These guidelines will also help to shape how the entire vehicle industry will function for years to come.

The United States government has updated its antiquated regulations of self-driving vehicles to include vehicles without pedals, seats, or even steering wheels. Another regulation includes the requirement of the autonomous vehicle to protect any passengers in the same manner that every other vehicle can.

Find out why other personal injury lawyers in Arizona and across the country have relied on us for years to handle the most complex cases. Product defect cases are handled on a contingency basis. You pay nothing unless we secure a settlement or verdict on your behalf. There is no reason not to call us today. Call Plattner Verderame, P.C. at 602-266-2002, or complete our contact form to discuss your auto defect claim with a knowledgeable Phoenix injury lawyer. We maintain an additional office in Tempe.