Plagued by recent criticisms, Uber had been pinning its economic hopes and dreams on their self-driving car systems in major cities. This plan came to a brief but crashing halt with the collision of a test car here in Arizona in late March 2016. A particularly graphic video of the accident, in which two other vehicles were damaged, is available online, showing the vehicle flipped on its side.

Many people think most car wrecks result from human error, and thus taking the humans out of the equation would reduce the number of auto accidents. With this goal in mind, Uber—among other tech companies, including Apple, Google/Waymo, GM and Tesla—have been avidly working to develop, test, and perfect this technology. Uber chose to test their vehicle in Arizona after a conflict with California’s Department of Motor Vehicles over permits and a supportive tweet from AZ Governor Ducey. The vehicle involved in the accident in AZ was a third generation model.

Is the car crash Uber’s fault?

The car accident during testing is not Uber’s sole legal concern at the present time. There are currently three distinct areas of drama for Uber. First, the head of Uber’s self-driving car development team is currently being sued by the Google Waymo program, where he was previously employed, for allegedly taking proprietary technology. Next, Uber has also been accused of utilizing technology to avoid their vehicles being used for rides by city authorities, in order to avoid potential citations for violations. Finally, former President Jeff Jones recently stepped down after accusations of systemic sexism and bias in its hiring and employment practices.

The crash in March was not the first for an Uber autonomous vehicle. In December of 2016 another car from the same generation was involved in an issue in San Francisco—running a red light. During that incident, as with all testing, a human driver was behind the wheel, as well as a technician co-pilot.  Uber blamed this accident on the human driver’s error, and said this supported their ultimate goal of removing the human element from traffic. Other sources claim otherwise.

While the testing phase and various permit regulations require human pilots in case of emergency, eventually real-world testing without a live human on board will be needed. Until these types of errors can be eliminated, that remains an alarming prospect.

At Plattner Verderame, P.C., our clients often have questions about the litigation process, what they may be entitled to, and how the process works. We work hard to help our clients feel informed and comfortable. To schedule a no-cost, no-obligation consultation, please contact our experienced Phoenix car accident lawyers by calling 602-266-2002 or filling out our contact form. 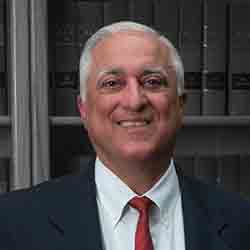