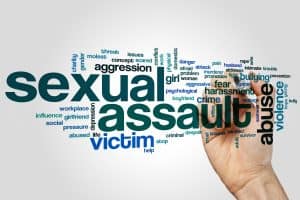 On May 27, Governor Doug Ducey signed a bill into law to help protect victims of childhood sexual abuse. The new law “gives abuse victims until their 30th birthday to sue, a decade longer than before. It also opens a one-time window for victims who’ve missed the cutoff, who now have until the end of 2020 to file suit,” ABC 15 reports.

The new law applies to civil lawsuits, as Arizona does not have a statute of limitations for criminal charges. Over the past few years, multiple states have extended or eliminated deadlines for childhood sexual abuse survivors who wish to file lawsuits.

When a person is sexually assaulted, he or she can file a report with the police, who can then arrest the alleged abuser. Regardless of whether or not the victim wishes to press charges, that decision falls to the state’s prosecutor, also known as the County Attorney. From there, the accused can either accept a plea bargain (if one is offered), or be tried in criminal court. If convicted, he or she will face prison time, fines, and the loss of certain civil liberties.

This is entirely different from pursing a civil lawsuit against a sexual abuser. Here, the survivor (the plaintiff) would file a claim, and the defendant (the accused) would either settle the case, or go to trial. If the jury finds for the plaintiff, the defendant would have to pay damages to the survivor.

There are two other, important differences between when it comes to these types of cases:

Sexual assault cases aren’t like other types of injury claims. If you are hit by a drunk driver, everyone sees you as the victim. For many survivors, though, simply coming forward is an act of courage. At Plattner Verderame, P.C., we represent sexual abuse survivors of all ages with discretion and compassion. We understand that the process can be painful, and that the challenges you face will be different from those of a car accident victim, or someone who was hurt by a defective product.

That is why we promise to be by your side to help you face those challenges. You can rely on us to tell you the truth, and to offer you honest, practical advice about your options. You don’t have to face this alone. We want to help you the way we have helped other survivors, so you can obtain the justice you deserve. Our firm has successfully represented many victims of sexual assault. We have successfully sued the sexual predators and the schools, churches, hospitals and businesses who employed them. We are happy to speak with victims of sexual assault, and the initial consultation is free and completely confidential.

Coming forward is an act of courage. At Plattner Verderame, P.C., our Phoenix sexual abuse lawyers fight for the rights of survivors throughout Arizona. We treat every client with the respect and dignity they deserve. For immediate help, please call 602-266-2002, or fill out our contact form.