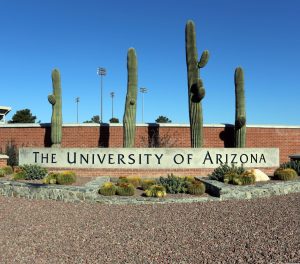 According to University of Arizona Police Chief Brian Seastone, the numbers for 2020 are headed in a downward trend. Seastone believes the pandemic has been a direct cause of reduced crime on campus because there have been fewer people in the buildings:

I think people are much more comfortable reporting these days regardless, and we’ve always encouraged people, please report every crime. If we don’t know about it we can’t focus in on an area or mitigate it in the future. Traditionally, if we look at unreported crimes, etcetera, I think we are right where it would be. We don’t have anything that jumped out at us, such as a stranger rape sexual assault on our campus. Many of these are acquaintance-type of situations, which doesn’t matter, it is still a crime. But again, I think people are just feeling more comfortable reporting this inappropriate action.

Reporting a crime at the University of Arizona

The school encourages its employees and students to report any type of crime as soon as possible. If the victim is unable to or does not want to, a third party can report the crime. Crimes should be reported to the school’s police department or any other local law enforcement agency. Crimes can be reported using the following methods:

Victims of domestic violence, sexual assault, and other personal injury crimes can protect themselves and their rights with the help of an experienced attorney. The team at Plattner Verderame, P.C. understands the laws governing personal injury and can provide you with an honest assessment of your case. Call our office at 602-266-2002 or complete our contact form to schedule a consultation. We operate offices in Phoenix and Tempe to better serve our clients.