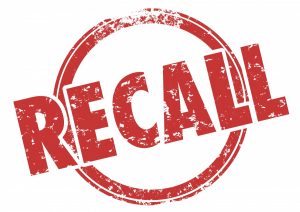 The Food and Drug Administration announced on April 1, 2020 that it is recalling all prescription forms of ranitidine and all over-the-counter (OTC) forms of ranitidine. Ranitidine is an oral medication used to manage heartburn and other similar ailments. The FDA announcement is a follow-up to a September recall by the FDA of Zantac, a brand name drug for ranitidine. Ranitidine is also used to treat Zollinger-Ellison syndrome.

According to Medicine Net, H2 stands for histamine-2. Histamine is a chemical that occurs naturally and stimulates parietal cells in the stomach to produce acid. H2 essentially inhibits the “action of histamine on the cells, thus reducing the production of acid by the stomach.” FDA approval for ranitidine was granted in October 1984.

What are the brand names for Ranitidine?

Brand names for ranitidine include:

In September 2019, the U.S. Food and Drug Administration (FDA) learned that some ranitidine medicines, including some products sold under the brand name Zantac, contained a nitrosamine impurity called N-nitrosodimethylamine (NDMA), which likely causes cancer.

According to the University of Virginia Health System, there were also recalls of several prescription forms of ranitidine in January 2020. By April, Zantac and other ranitidine products were pulled form the shelves of all stores.

The problem with drugs like Zantac isn’t the ranitidine: it is the impurities caused by NDMA. The New York Times reports “the impurity in some ranitidine products increases over time and when stored at higher than room temperatures and may result in consumer exposure to unacceptable levels of this impurity.”

While ranitidine isn’t dangerous, NDMA is. NDMA is a by-product of wastewater treatment and gasoline refining, and it’s used in rocket fuel. Nitrosamines – the group of organic compounds that includes NDMA – are carcinogenic, meaning they can cause cancer. NDMA specifically has been linked to liver cancer; other nitrosamines have been linked to cancer of the lungs, esophagus, pancreas, kidneys, tongue, and bladder.

For these reasons, there are strict regulations about the amount of NDMA any given consumer product may contain. The instability in the impurities is increasing the amount of NDMA in products like Zantac. This is why Zantac and other ranitidine products have been removed from the shelves of local pharmacies and grocery stores, and why doctors are no longer prescribing these medications.

What are the possible side effects of using Zantac?

Before red flags were raised about the possibility of various forms of cancer, known side effects for using ranitidine included:

Other known side-effects include:

Anyone who uses a drug that is defective has the right to file a products liability claim against the manufacturers, distributors, and sellers of the defective drug. [Check AZ law].

Makers of defective products are strictly liable for the injuries and deaths that result from the use of those products. That a product, such as Zantac, has been recalled is a strong indicator that a drug is defective.

Lawsuits against the Zantac manufacturers and the makers of ranitidine products have already started.

If you or someone you love has developed any form or cancer due to the use of Zantac or any ranitidine drug, the experienced Phoenix drug defect lawyers at Plattner Verderame, P.C., are respected for their strong record of success in product defect cases. To learn if you have a case, please call us at 602.266.2002 or fill out our contact form to schedule an appointment. We maintain offices in Phoenix and Tempe, and are offering remote consultation during the COVID-19 pandemic.